In the Murray from 1894, Thomas Ramsay Stoney captained the XV in 1900 and was the deputy head of college in 1901. He was the second of three brothers at Wellington, and went to Pembroke College, Cambridge, where he played for the College and Cambridge XIs and was sufficiently good to warrant an entry in Wisden’s ‘Lives of Cricket’s Fallen 1914-1918’. He was initiated into freemasonry by the Isaac Newton University Lodge No 859, the lodge of the University of Cambridge. Isaac Newton was a popular lodge among OWs with Bryant, Van Duzer, Larmour, Raphael, Stephenson, and Coles all being members. He joined the OW Lodge as a Founding Officer along with his brother Patrick.

He became a schoolmaster, and later headmaster of Wootton Court prep school in Canterbury.

With the outbreak of the war Stoney joined the family regiment, the Kings Own Scots Borderers.

Posted first to the 3rd Battalion KOSB, he was later attached to the 6th Battalion. He was killed in action on 10 April 1918 at the Battle of the Lys. This was the German ‘Spring Offensive’, their last push and circumstances were sufficiently grave to cause Earl Haig to issue his famous order that his men must carry on fighting “With Our Backs to the Wall and believing in the Justice of our Cause“.

He is buried at La Clytte Cemetery. He was 35. He is also remembered in his hometown of Chudleigh in Devon on the War Memorial.

Four of the five Stoney boys joined the Army. Thomas and his brother George joined the family regiment. Both were killed; Lt Col George Butler Stoney at Gallipoli in 1916, two years before Thomas. Patrick served with the 26th Punjabis in India and was a fellow Founder of the Lodge, and the youngest Henry Howard Stoney, also a Wellingtonian (and seen in his first year at College at his brother’s feet above), served in the Staffords. Bowes the remaining son went to Fettes and on to the Ceylon Civil Service, via Pembroke, Cambridge. He died in 1910 aged 32. 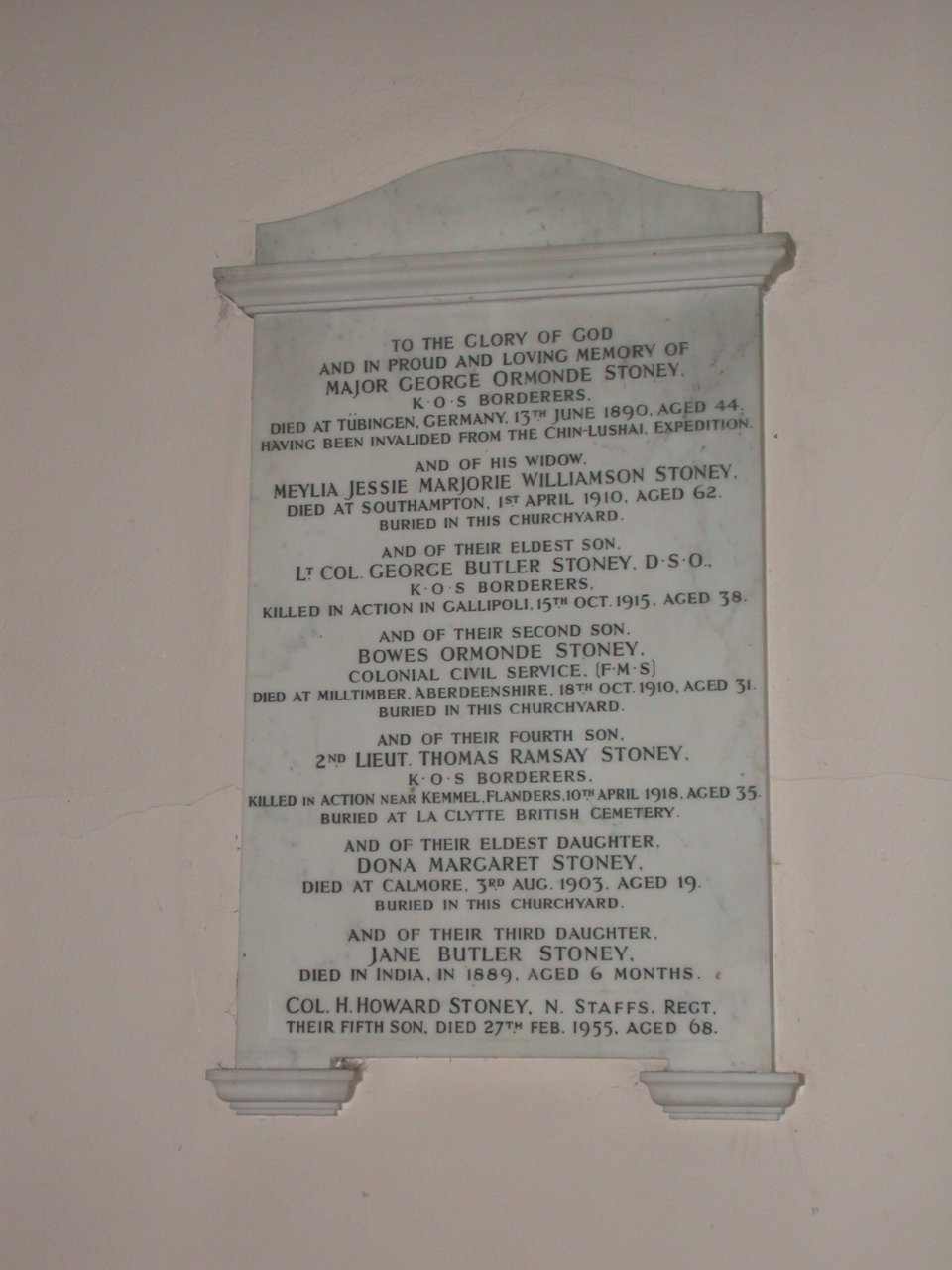